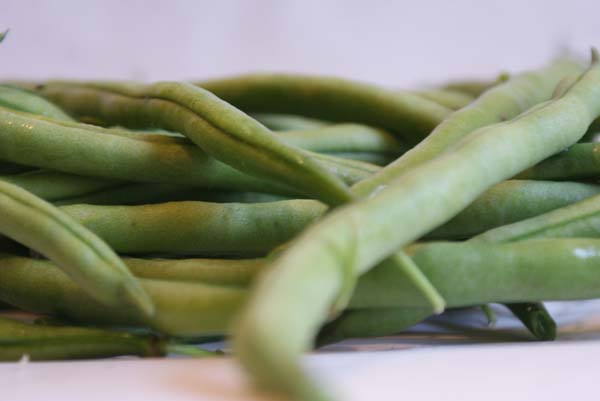 Nutritional Data
1 cup of raw green beans has 34 calories, 2 grams of both protein and sugar, 4 grams of fiber and 30% of your daily intake of Vitamin C.  Green beans are a low sodium food and considered a good source for Vitamin A, folate, and iron.

General Facts
Green Beans are available year round, but peak of the season is May thru October.  They were first served by the French but were initially found in hot regions of the Americas, India, and China.  They are considered nitrogen fixers, which means they have the ability to draw nitrogen from the air and return it to the soil. Because of this, farmers often plant beans and legumes in their crop rotations to replenish the soil.  Green fruits and vegetables help maintain vision health and strong bones and teeth. They may also lower the risk of some cancers.

Storage
Store unwashed fresh green beans in a resealable plastic bag for up to 4 days. Wash just before using, removing strings and ends if necessary.