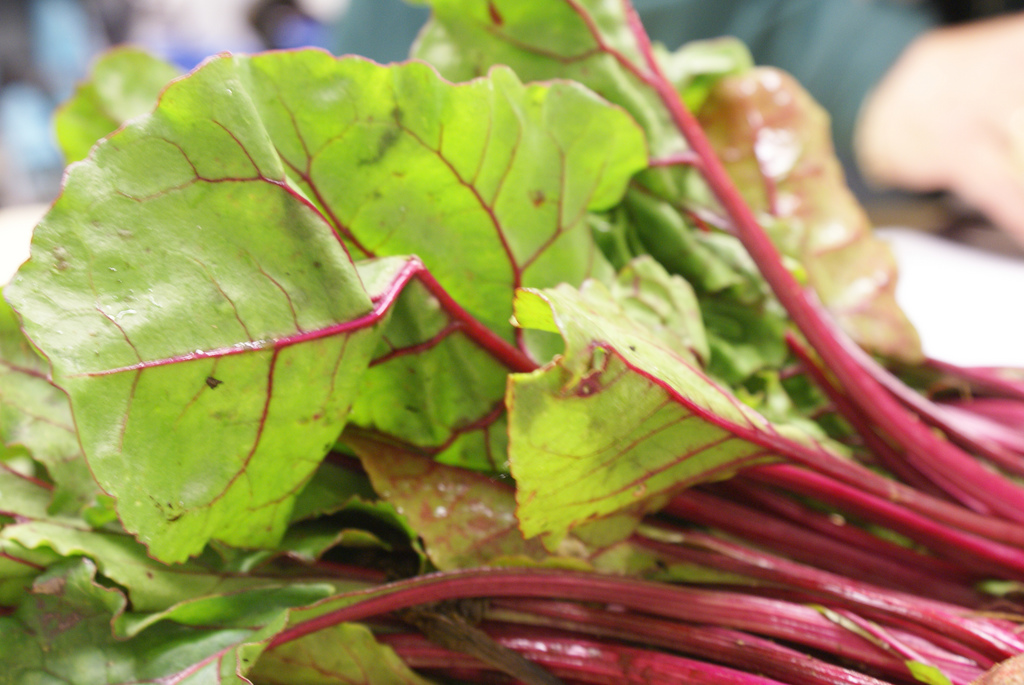 Origin
Beets originated in Northern Africa.
Originally only the greens were eaten. It wasn’t until the Romans cultivated beets that the roots were used.

Nutrition
Beets are high in folate, vitamin C, and potassium.
The greens are packed with vitamins and minerals as evidenced by their salty, minerally flavor.

Storage
Store in the fridge,  however, they don’t need to be in a plastic bag.
The stems and leaves can be removed

Cooking tips
I must admit I am a very lazy and haphazard cook. So imagine my delight when CSA member Adam P. showed me that beets can be simply enjoyed raw! No more slippery, boiled beets for me.
The simplest way is peeled and sliced for a salad (thinly! he says), but I kind of like them cut into sticks to dip in hummus. Or get just a little bit fancier and try one of these:
Grated or chopped, with carrots & daikon tossed w/rice vinegar, ginger, black sesame seeds.
Grated or chopped, with carrots, finely chopped green apples, walnuts tossed w/ olive oil & lemon juice and salt and pepper.

Storage
Store in plastic bags in the refrigerator where it won’t dry out. Celeriac needs high humidity in order to stay crisp, so put a few drops of water in your plastic bags. Under these conditions, it can easily keep until May!
Cooking tips
Boil and mash as you would potatoes (with copious amounts of cream and butter, if you like).
Slice and add as a garnish for Bloody Marys.
Whatever you choose to do, be sure to peel the ugly outer layer first! 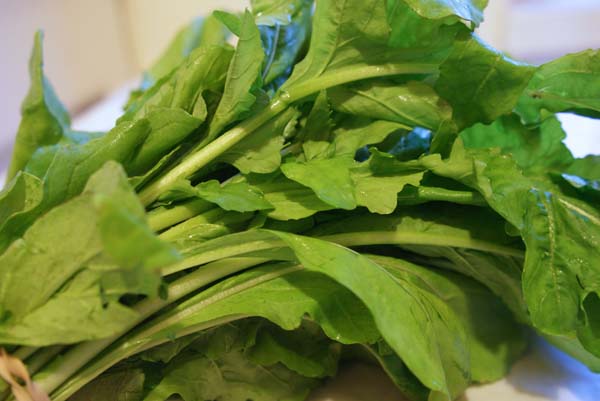 Arugula is a peppery green and is a member of the mustard family.

Nutrition
Arugula is very low in calories and is high in vitamins A and C. A 1/2 cup serving is two calories.

AKA
It is also known as rocket, roquette, rugula and rucola.

Origin
In Roman times Arugula was grown for both it’s leaves and the seed. The seed was used for flavoring oils.  Arugula seed has been used as an ingredient in aphrodisiac concoctions dating back to the first century, AD. (Cambridge World History of Food).

Cooking tips
The leaves are mostly eaten raw in salads, although sometimes gently cooked or pureed in sauces and pestos. 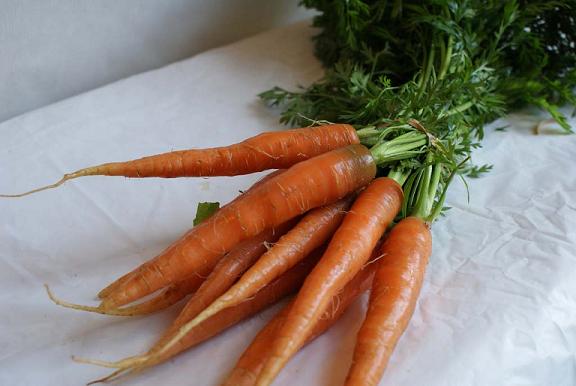 General Facts
Although carrots are shipped around the country from California throughout the year, locally grown carrots are in season in the summer and fall when they are the freshest and most flavorful.
As you may have suspected, carrot has the highest beta carotene content of all veg. So they are good for your eyesight and many other things. Carrots are an excellent source of antioxidant compounds, and the richest vegetable source of the pro-vitamin A carotenes. Carrots’ antioxidant compounds help protect against cardiovascular disease and cancer and also promote good vision, especially night vision.
Carrots are a member of the parsley family. Relatives to the carrots are celery, parsnip, fennel, dill and coriander.

Nutrition
1 cup of chopped carrots is just 52 calories and a fiber bonanza with a solid 4 grams. it also contains 6 grams of sugar and 1 gram of protein. Vitamin wise, this cup of carrots has 428% of the daily reccomended intake of A! A powerhouse offering 13% of your vitamin C intake and a good source of folate, B6, and magnese.

Storage
Remove green tops, rinse, drain, & store in plastic bags in coldest part of the fridge. Add a bit of water in the bottom of the bag; Store away from apples & pears.

This stringless squash is generally 3-4 lbs and is sweet & nutty. 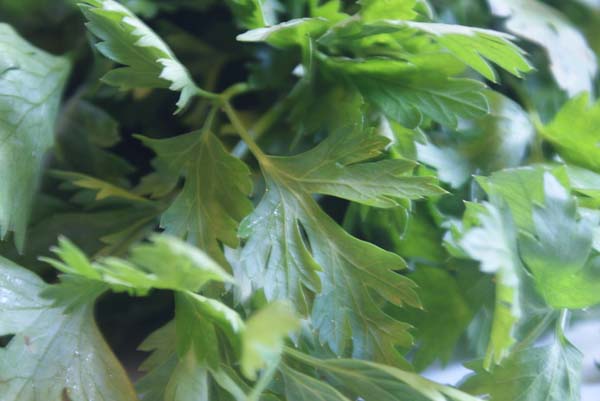 Cilantro used to get all the love in my family, but I’ve come to appreciate that parsley is not just a garnish!

Cooking tips
Do like the French. Chop loads of parsley & garlic, add a dash of lemon & pepper. Impress your friends: call it persillade 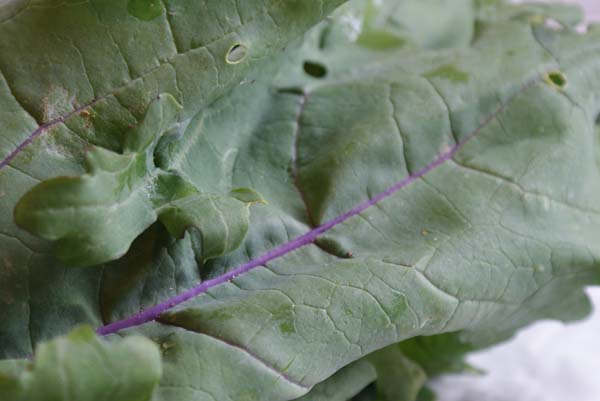 This is Maggie’s favorite kale.

Cooking tips:
It’s much more tender than some of the other varieties. Use it in soup or in an omelet.

Cooking tips:
Saute as a side dish, use in soups, use instead of yellow onions. Wash thoroughly, these babies are DIRTY! Most recipes call for the light green and white stalk, but you can use the green tops in stock. 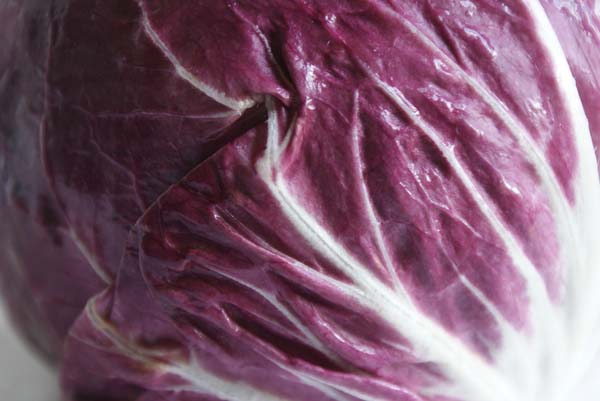 Radicchio is a leaf chicory, sometimes referred to as Italian chicory, with white-veined red leaves.

Cooking tips:
Its bitter and spicy taste mellows once grilled or roasted. 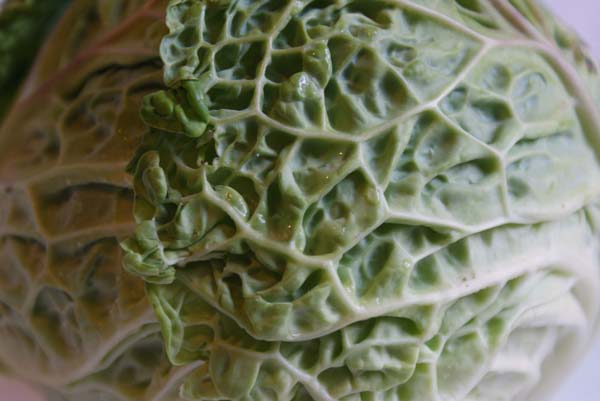 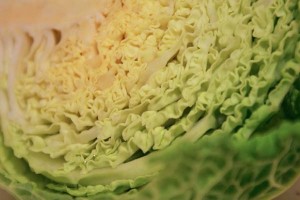 This is ideal cabbage for many recipes. Mild in flavor.